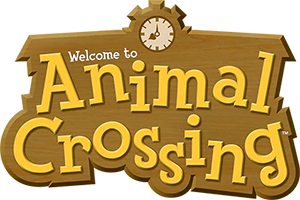 As smartphones and other mobile devices have continued to become bigger parts of our day-to-day lives, so too has the use of QR codes. According to an Insider look at U.S. QR code statistics, the number of U.S. smartphone users scanning these codes is estimated to be about 83.4 million in 2022. That number is projected to reach 99.5 million in just the next three years.

This projected growth is attributed to multiple factors. One is that the pandemic accelerated the need and cemented the preference for contactless payments among consumers. Another, however, is that new uses for QR codes are emerging. In our past article “How To Create A QR Code For A Website OR URL?” we touched on the idea of using QR codes in print media and advertisements in order to drive traffic to web platforms. This indeed has been one of the primary uses in recent years –– or at least one of the most visible. Similarly, we’ve also seen QR codes used increasingly to bridge the gap between physical and digital retail, helping shoppers to find inventory or variety online when they are intrigued by products in person.

Growth in QR code usage will come about in part because now-standard practices like these become more widespread. As mentioned however, it will also happen because of the emergence of new uses –– many of which have begun to surface in the world of gaming. Here, we’ll take a brief look at some of the ways in which the video game world has embraced the technology.

Arguably the most prominent example of QR code use in gaming to date comes from Animal Crossing: New Horizons –– a social simulation game that became extraordinarily popular during the Covid-19 pandemic. A Lifewire.com article about QR codes in the game explains that players can now use something called “NookLink” alongside the Nintendo Switch Online app in order to scan QR codes on certain game screens. This in turn provides players with new in-game content, much of which has been created by other players. It’s a simple concept, and one primarily rooted in Animal Crossing, but it certainly seems likely to spread further in gaming.

This is a somewhat more hypothetical (yet perhaps inevitable) application. Lately however, we have seen a sharp rise in “play-to-earn” games. These are typically games attached to metaverse platforms, wherein players can “earn” wealth in the form of cryptocurrency or NFTs through their play. Currently, this is done primarily via digital wallets and related channels. As play-to-earn expands however, we may well see QR codes built in as simpler, quicker ways for players to transfer digital assets to crypto wallets.

The last few years have brought about a sharp rise in online casino and poker platforms that deal in cryptocurrency rather than ordinary money. Some traditional sites in fact accept crypto deposits now, but sites like Ignition Casino, CoinPoker, and more have emerged specifically as crypto alternatives to established poker sites. Poker.org’s piece on cryptocurrency in U.S. online poker explains that one benefit of these platforms is “easy account funding.” Players can transfer funds directly from crypto wallets into poker accounts, without having to supply the same amount of personal information (credit card numbers, tax identification numbers, and so on) as they would otherwise need to. And already, some platforms (such as CoinPoker) are facilitating this easy funding method with QR codes. We expect to see this method becoming more common in online poker and casino gaming moving forward.

The previous three examples concerned in-game QR codes –– for unlocking in-game content, withdrawing rewards, and depositing funds. We have also seen QR codes used, however, to support what are essentially real-life scavenger hunts. This was first done almost a decade ago alongside the adventure game Borderlands 2. Engadget.com reported at the time that the game, alongside with an app called “LootTheWorld,” was basically making in-game perks available via QR codes that people could find and scan in the real world. This practice didn’t exactly take off at the time, but it may be on the rebound. Recently for instance, we’ve caught wind of some eSports events setting up QR code scavenger hunts through which participants can unlock special features.

Already, these examples demonstrate widespread implementation of QR codes by gaming companies and platforms. As QR code use continues to grow, the gaming industry is poised to see further innovation in the coming years.